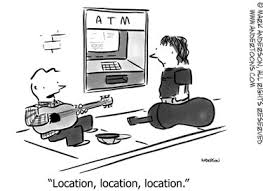 Although a recent article in SearchCIO alludes to competitive advantage by IT departments, arguments like this can take the CIO down a dangerous road.  The holy grail of many CIOs is to run a department which is both profitable and also increases business capability.  Mostly, however, IT departments are costly and the subject of constant complaint.

Can IT ever be a profit centre?

Economists have long argued that businesses should strip away overhead (i.e. not included in the cost of goods sold but pure overhead) cost chargebacks from business verticals and their processes in order to gain a clearer view of what is profitable and what is not.  If they don’t then smaller, profitable processes are often in danger of being swamped with overhead.  In this way, many businesses often outsource or cut the wrong activities.

It is notoriously difficult to cost IT chargebacks so that market verticals are charged just the right overhead.  Should businesses charge their verticals for email?  They often do but isn’t this just a cost of business that the centre should absorb?  Isn’t the burden of communication and reporting largely placed onto verticals anyway?  So if they could run their business units in a more entrepreneurial way wouldn’t the cost of IT be significantly reduced?

What if we extend that argument and let IT be a profit centre?  Why don’t we let business units find cheaper ways of doing business and compete with the IT department?  Security/integration/management time arguments aside – it is likely that if IT departments were able to charge for the thing they were really good at, this would be a source of competitive advantage within the business.

So, there is a good reason why IT departments aren’t profit centres but, of course, this doesn’t solve the problem of the high cost of IT inside business.

“Whilst CIOs are predominantly drawn from the infrastructure segment of ICT there is unlikely to be a shift in focus towards proactive business initiatives.”

The CIO’s commercial prerogatives largely stem from CEO directives as they tally with other recent CEO surveys from McKinsey & Co etc.  It is likely, however, that need to increase services to corporate clouds through a myriad of new/personal devices during these times of severe cost pressures will keep CIOs occupied for the next year, at least.

Looking to the future, until business schools focus their corporate decision making modules on information management and technology enablers the dearth of IM savvy senior executives will continue and thereby the pull-through into the CIO role.  The solution is likely to come in one of two ways, namely: